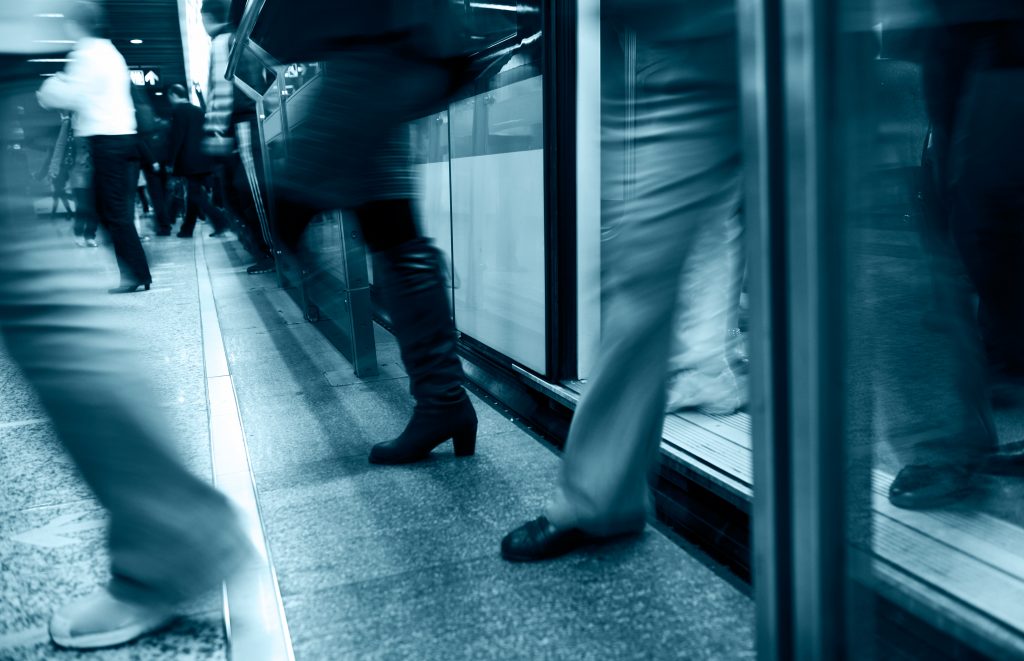 This week’s project feature looks at the CAV-Track Feasibility Study.  CAV-Track is the concept of creating a public autonomous shuttle service to reconnect places via disused railway lines.  The project aims to identify if this is possible and if there is value in operating connected autonomous vehicles (CAVs) as a form of alternative small-scale mass transit option on disused railway lines.

The so-called “Beeching Cuts” in the mid 1960’s left many towns across the UK without links to public transport, increasing their dependence on private cars.  Transforming these former lines is no new concept; some have since been built upon with roads or development, whilst the recent Department for Transport “Restoring Your Railway” Fund has sought to reintroduce passenger services on disused rail infrastructure.

Working on some of these funding applications helped with Gergely Raccuja, a principal data scientist at Highways England, to consider this initial concept;

“It was an idea that’s been at the back of my mind since I went a car technology show back in 2017. When I found out about FTVG, I liked the idea of meeting others who are thinking of the future of transport and could benefit working together to explore this exciting concept”, he explained.

Gergely met Arup transport planner Rob Henley and Nicky Laird through the FTVG’s collaboration workshops in Autumn 2020 and worked together to distil the idea into a formal proposal for the FTVG project.  Nicky, a transport officer at Aberdeen City Council came across the initiative through her professional institution membership;

“I read a CIHT article advertising it and couldn’t resist throwing my hat into the ring”, said Nicky

The idea also resonated with Alex Skill, a transport planner at Arup;

“There are a huge number of rail schemes that are passionately supported by various campaign groups, but which don’t really have the business case to make rail reinstatement viable. Looking at alternative approaches to this fitted in perfectly with the FTVG objectives, and thankfully there were others who also had similar ideas.”

Shortlisting and Proof of Concept

Once FTVG funding was confirmed to support their idea, the group then began to shortlist locations where CAVs may offer an alternative public transport solution to traditional mass transit utilising suitable “Beeching lines”.

“We’re currently completing an inventory of the rail lines closed during the Beeching cuts, and have developed an appraisal framework to sift and identify a longlist of potential routes to assess further. We’re building on a digital mapping tool that Arup have kindly provided access to in support of the project”, outlined Rob.

The team hope to complete a high-level feasibility study on the highest-ranking route; investigating costs, demand and other infrastructure requirements, potentially with inputs from local transport authorities.  Gergely expanded on this further;

“We’re particularly interested in identifying routes which have strong local authority and grassroots support but weren’t successful for rail reinstatement funding, as we’re hopeful that if the results are positive following this study, we can bring the scheme closer to implementation”, he said.

Once they have a proof of concept, the team hope that their study can generate more interest in rolling out CAV-Track routes elsewhere.  Rob believes it will open up more doors to places that have missed out on rail connectivity opportunities;

“This project will show that there is a viable alternative technology in CAVs that can be delivered quicker and cheaper than heavy rail to ultimately restore the connectivity that so many communities need.”

The team hopes that the project will accelerate the rollout of CAVs by providing safe and viable areas for pilot testing that are also commercially viable.

The FTVG initiative has helped to fund inputs from each team member and some external technical specialists and graphic designers.  As well as helping them to realise their ideas, Rob was grateful for the opportunity to take part in an initiative that broadened his horizons;

“It’s been great already to meet some like-minded young professionals from around the country and the project is a fantastic opportunity for some out-of-the-box creative thinking that isn’t always present in our day-to-day jobs.”

Gergely, meanwhile thought that the initiative helped to find the right blend of enthusiasts and experts to take part in this study;

“We’ve got a brilliant team with nationwide representation including Aberdeen, Bristol and Manchester as well as local authority, consultancy and strategic transport authority perspectives so working together has been lots of fun especially when we can hopefully celebrate the successful completion of our work with a face-to-face meet-up this summer!”

The project will enter a competition with four other entries this summer to decide upon a winning idea.  To find out more about the FTVG initiative and how you can take part in the competition, visit www.ftvg.co.uk