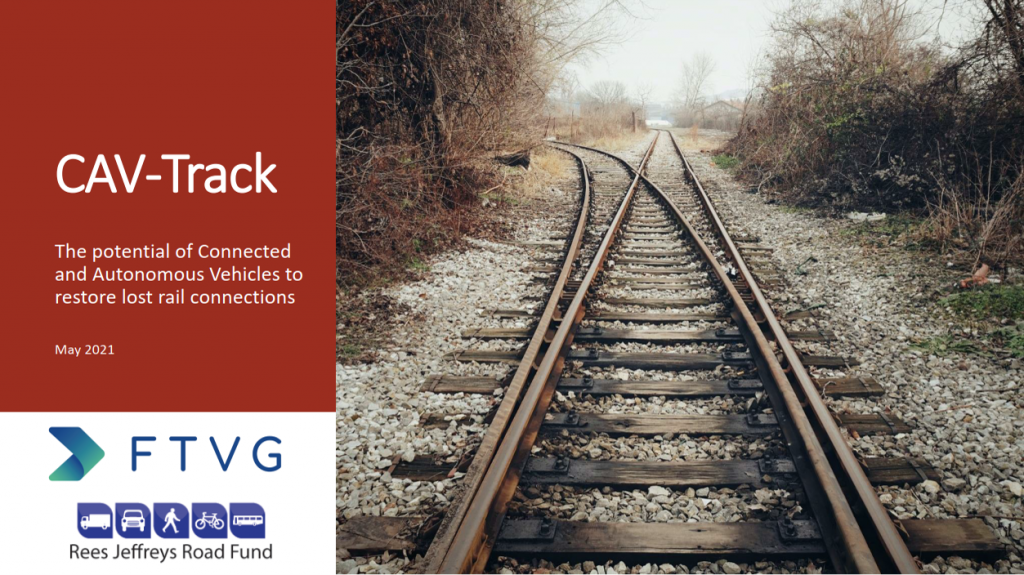 The project set out to improve the accessibility of settlements that saw their railway connections closed since the 1960s through new, cost-effective transport connections which would provide significant socio-economic benefits.

We investigated the potential to reuse former Beeching railway lines as routes where Connected Autonomous Vehicle (CAV) shuttles could offer a scalable, cost-effective and economically viable transport solution, where the former Beeching railway lines and stations do not have the required population density or population catchment to support the reinstatement of a costly heavy rail connection.

These disused lines have already received renewed attention from the DfT’s Restoring Your Railway Fund.  Rob Henley, a transport planner at Arup, saw CAVs as an alternative that could be provided on routes that weren’t priorities for heavy rail;

“In practice, only a small fraction of Beeching lines will be reopened as heavy rail. In some locations, other technologies may be more suited, and I hope that CAVs can be considered in some of those places as a cost-effective alternative”, he said.

“I believe some local authorities are seriously considering this type of service offering and are putting applications for funding together. I hope that they can read our work and make their plans more robust as a consequence”, he said.

With this in mind, we defined our project objectives as:

FTVG provided useful feedback on both our application and also an interim review,  which kept the focus of the project at the right level. Rather than undertaking abstract analysis of CAVs in general terms, the research methodology for this project utilises a heuristic approach to ‘test’ the hypothesis for CAVs against established transport technologies in real-world locations. We identified seven criteria for sifting through the Arup Stations Mapping database, which produced a longlist of nine potential sites. We picked one site between Leuchars and St. Andrews in Scotland as a case study to apply this methodology.

The benefits of this approach are that it allows the strengths and weaknesses of CAVs to be assessed against existing proposals, in order to quickly identify the critical factors for success of CAVs in those locations considered, and subsequently determine if those factors are specific to that site, or applicable to all potential sites where CAVs could be considered.

Reflecting on how the project progressed, Alexander Skill, a transport planner at Arup said;

“One of the biggest challenges on the project was defining the criteria in which to select a site where CAVs may offer an alternative transport solution to traditional mass transit.  CAV technologies are still in their infancy, and could develop in a variety of ways,  it was therefore important to have a clear vision as to what form a CAV solution may take, and how it would operate practically on the ground.”

“Obtaining sufficient information to decide on the most appropriate sites to study became one of the biggest challenges in the project. This was overcome using the Arup mapping tool combined with a mixture of information available online and local knowledge to fill in the gaps”

The site we chose to evaluate the CAV-Track concept was not successful, thus we couldn’t prove our original hypothesis. This meant that we revised the sifting criteria to incorporate the lessons from the proof of concept, including to remove the focus solely from branch lines and those without active travel networks, to any site that has sufficient width to segregate the proposed service from active travel provisions.

In addition, we identified key success criteria that if addressed, could enable the wide-scale deployment of CAVs in a range of locales and operating models to augment or replace existing public transport:

Rob felt that the approach helped to start a conversation about using CAVs in this way and provided some valuable insights for the future.

“This project gave us the space for divergent, creative thinking to a real-world transport problem, drawing upon the latest insights to CAV technology and operating models to understand what a viable CAV-based solution might look like”, he said

“Hopefully this work helps to identify some of the benefits and opportunities as well as constraints of using CAV as an alternative or an addition to the current transport network.”

Alexander hoped that as well as having real-world applications, this project would be helpful for his professional development;

“As someone in the early stages of their career, this project not only allowed me to broaden my knowledge on future mobility, but also expand my network outside my home office and collaborate with other like-minded professionals from other organisations and locations.”